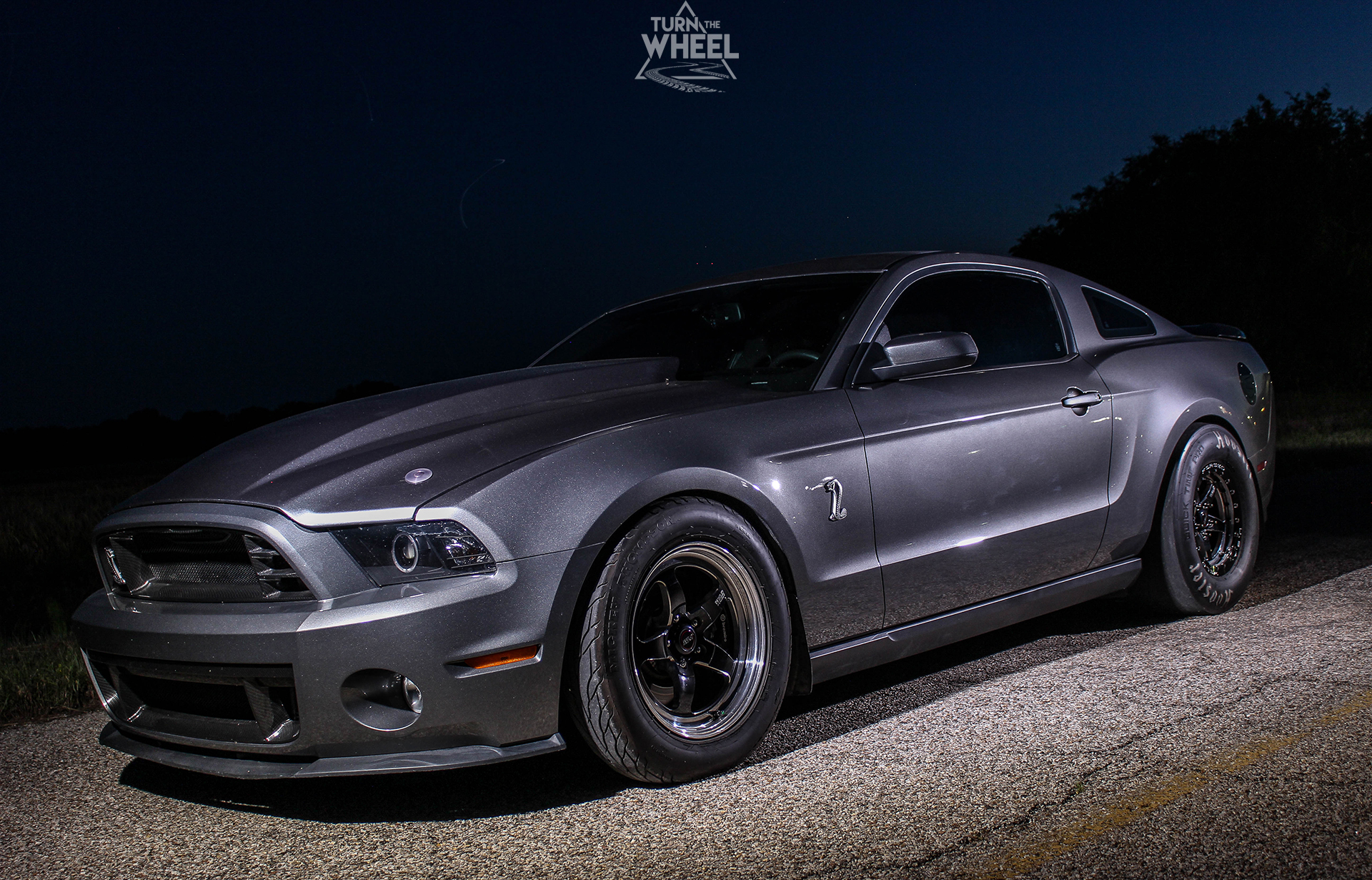 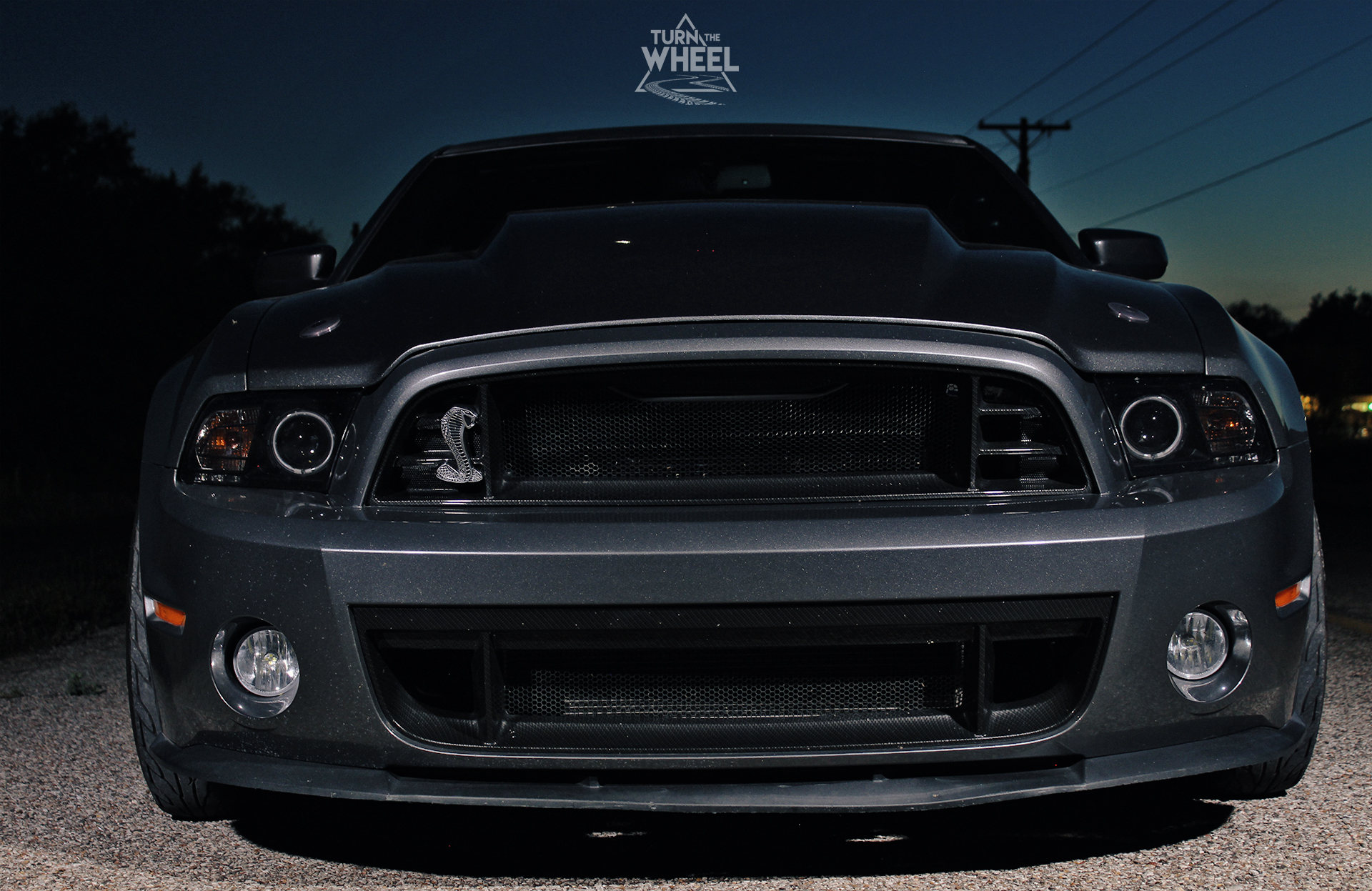 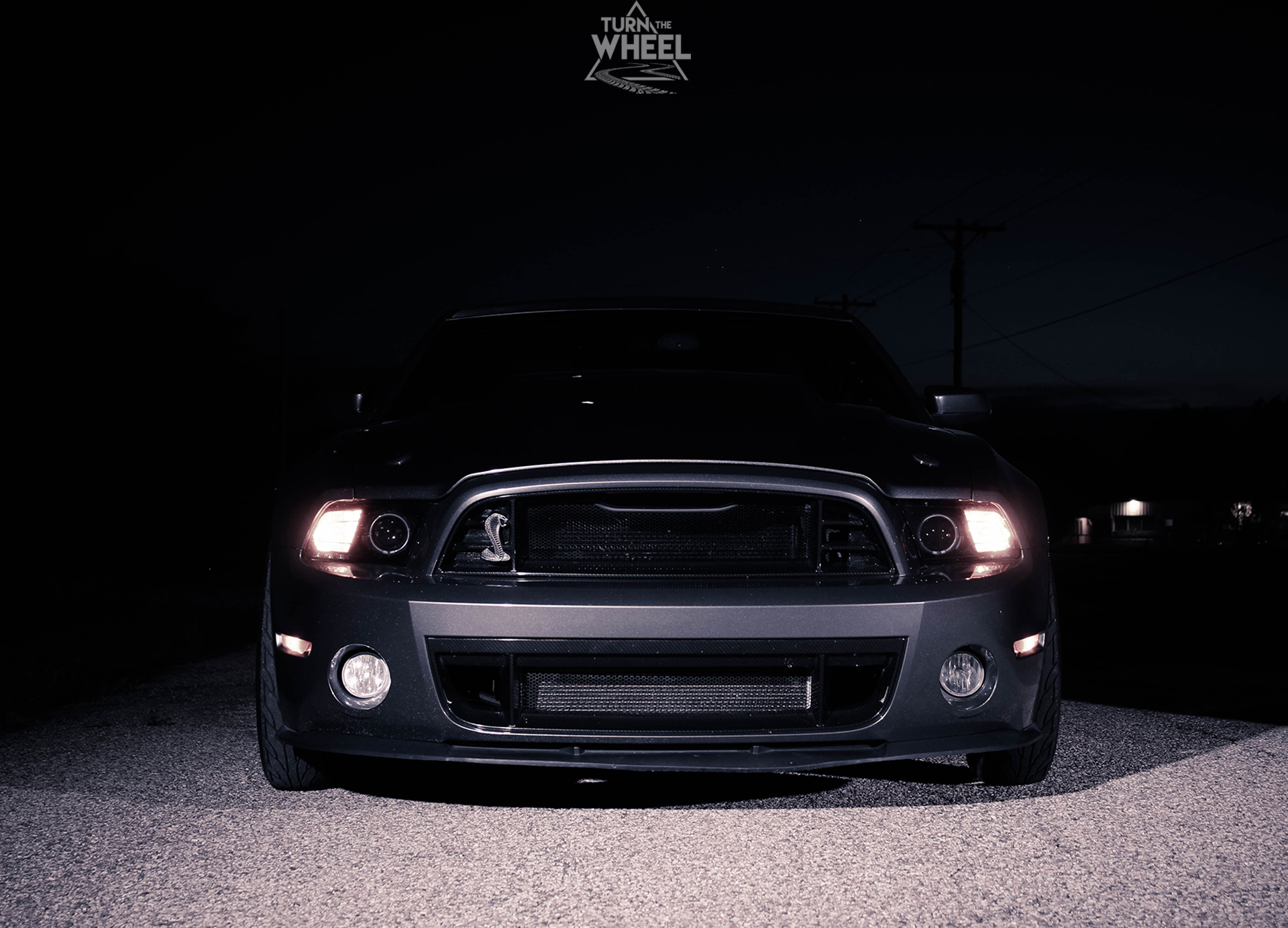 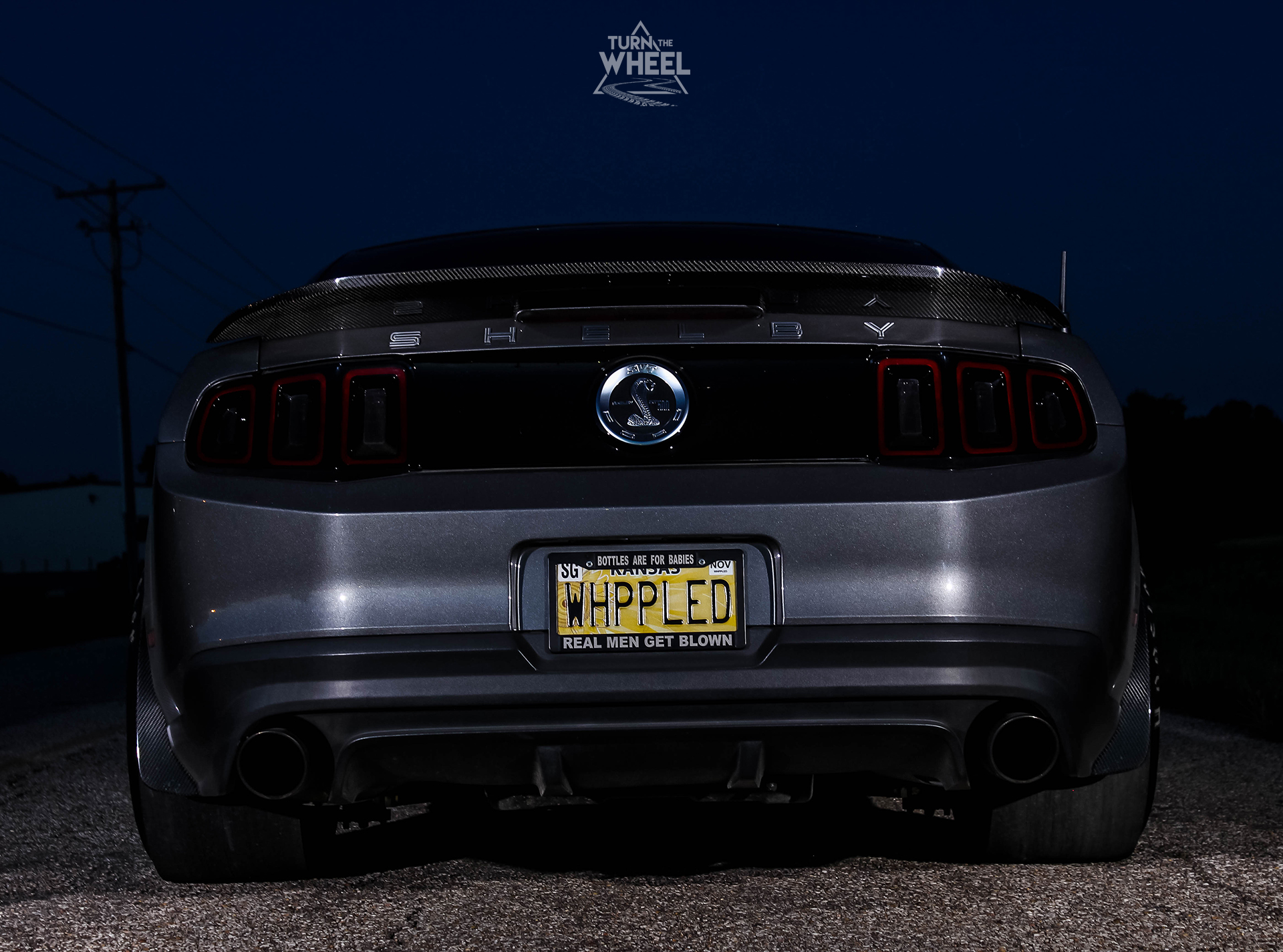 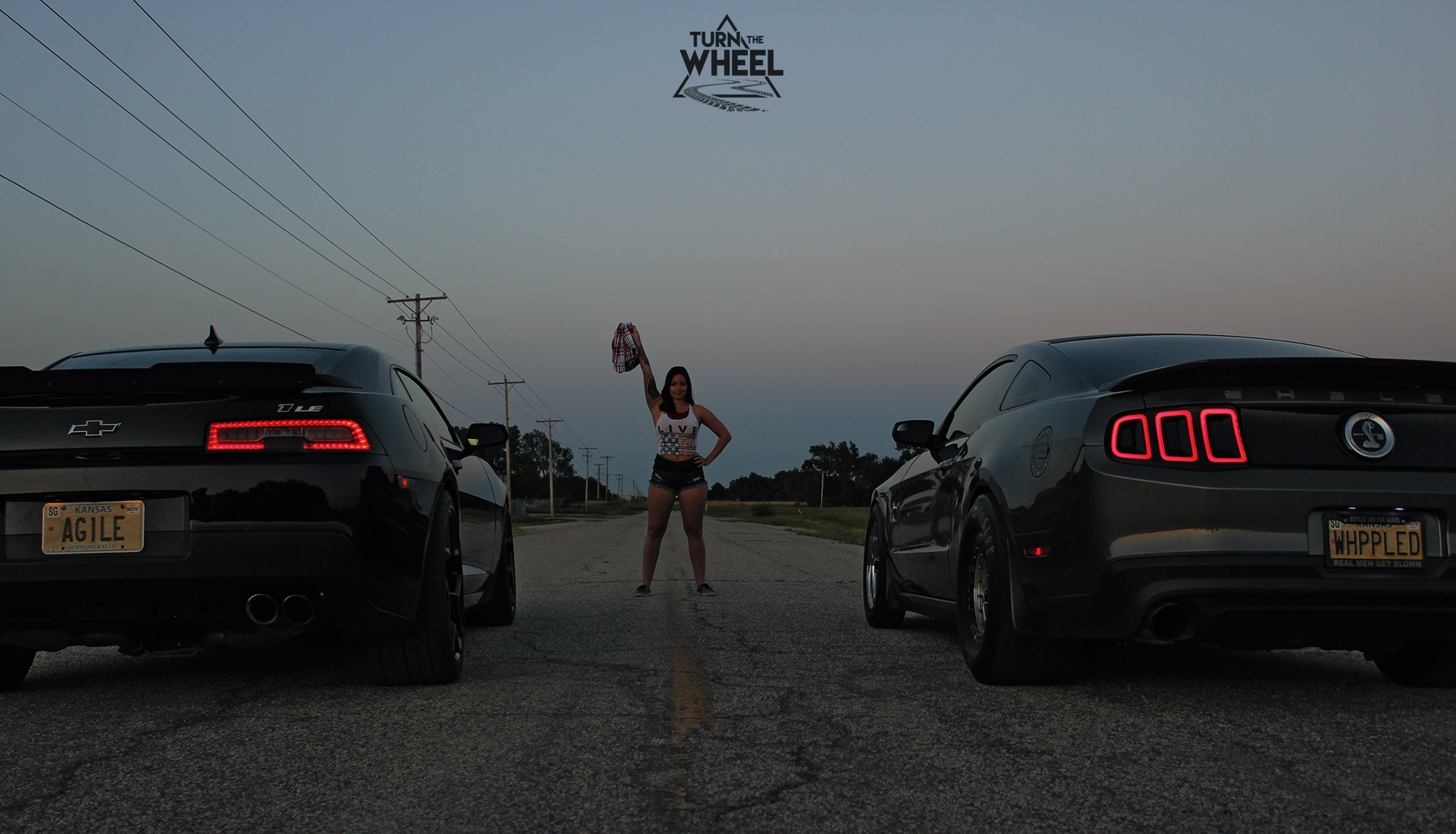 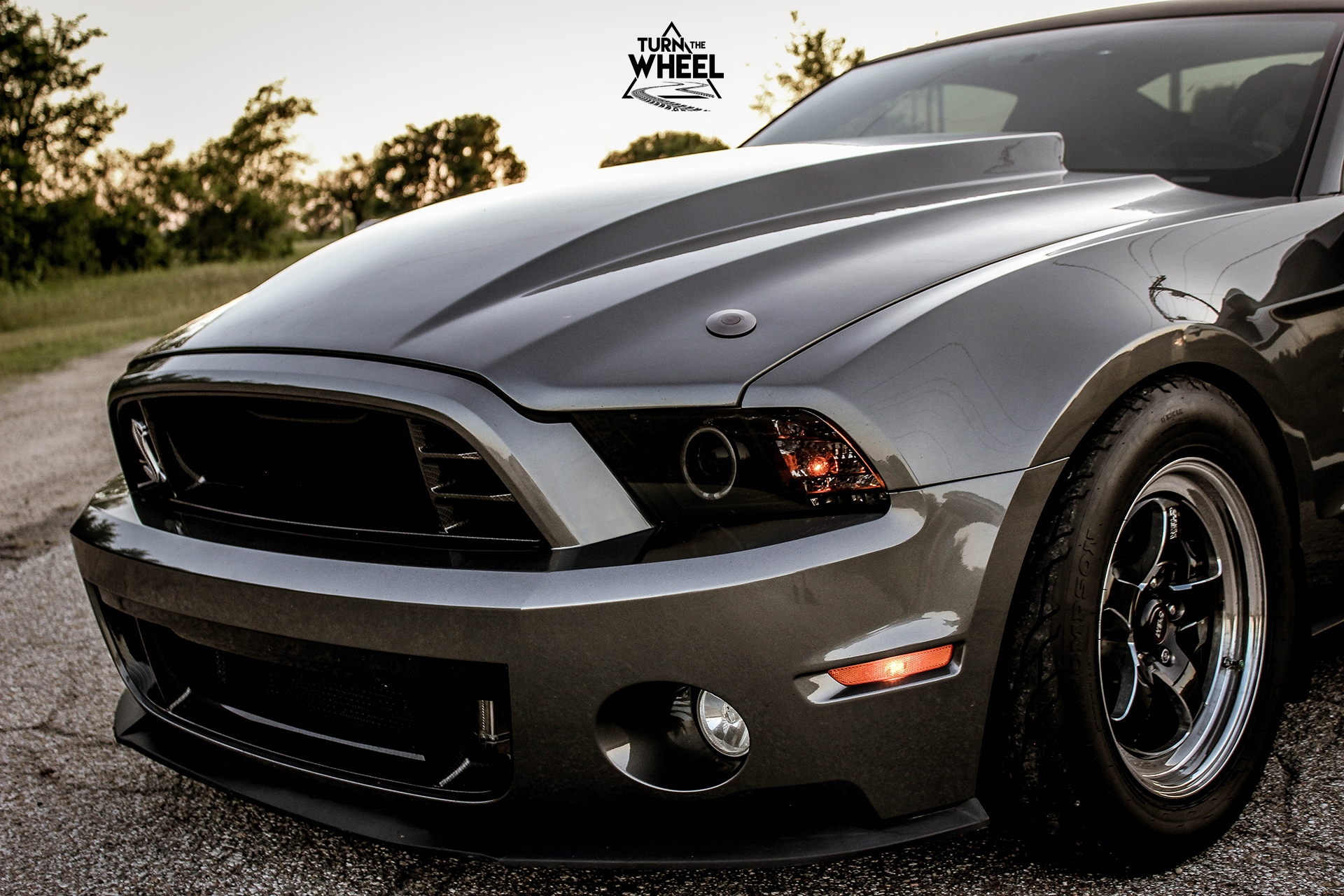 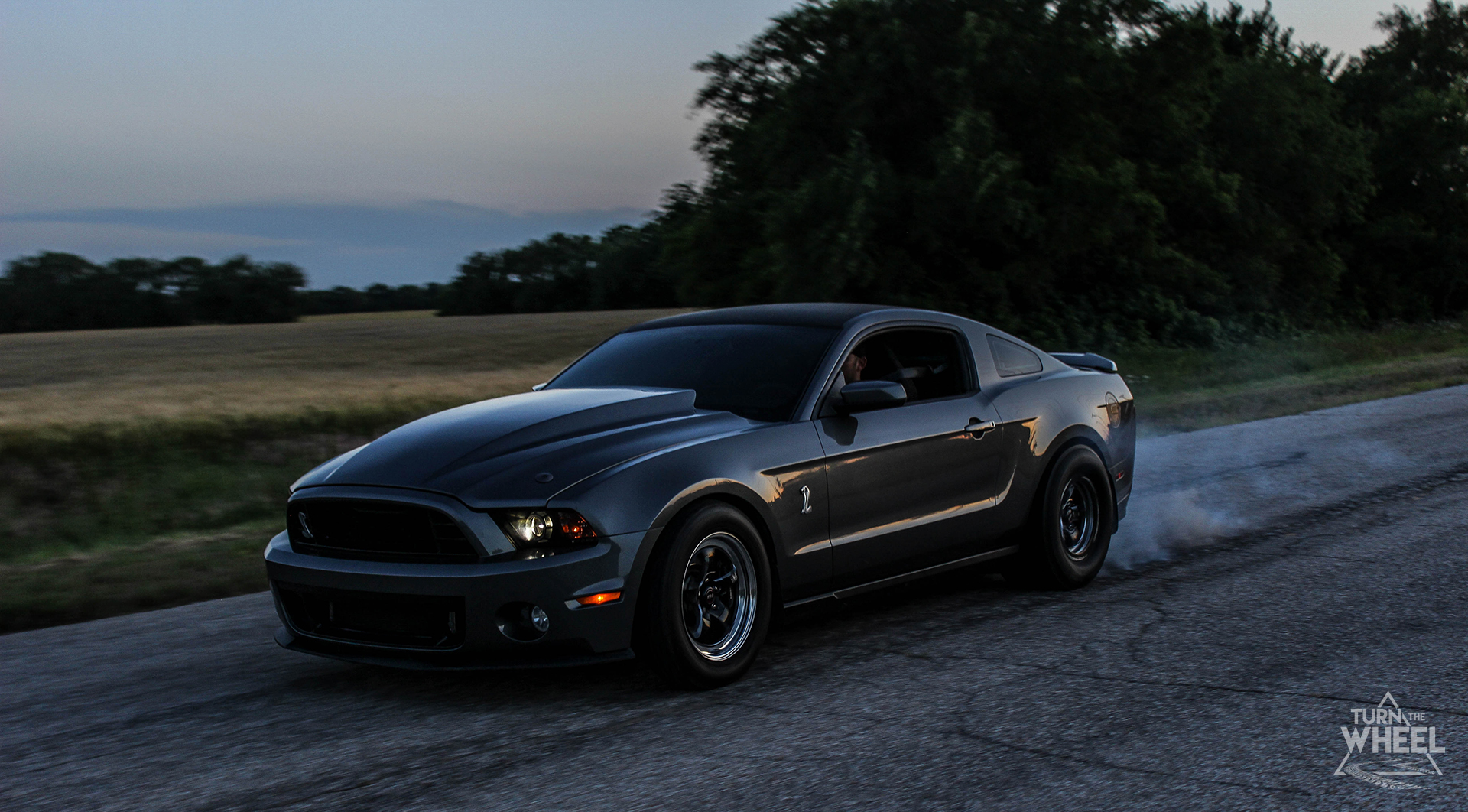 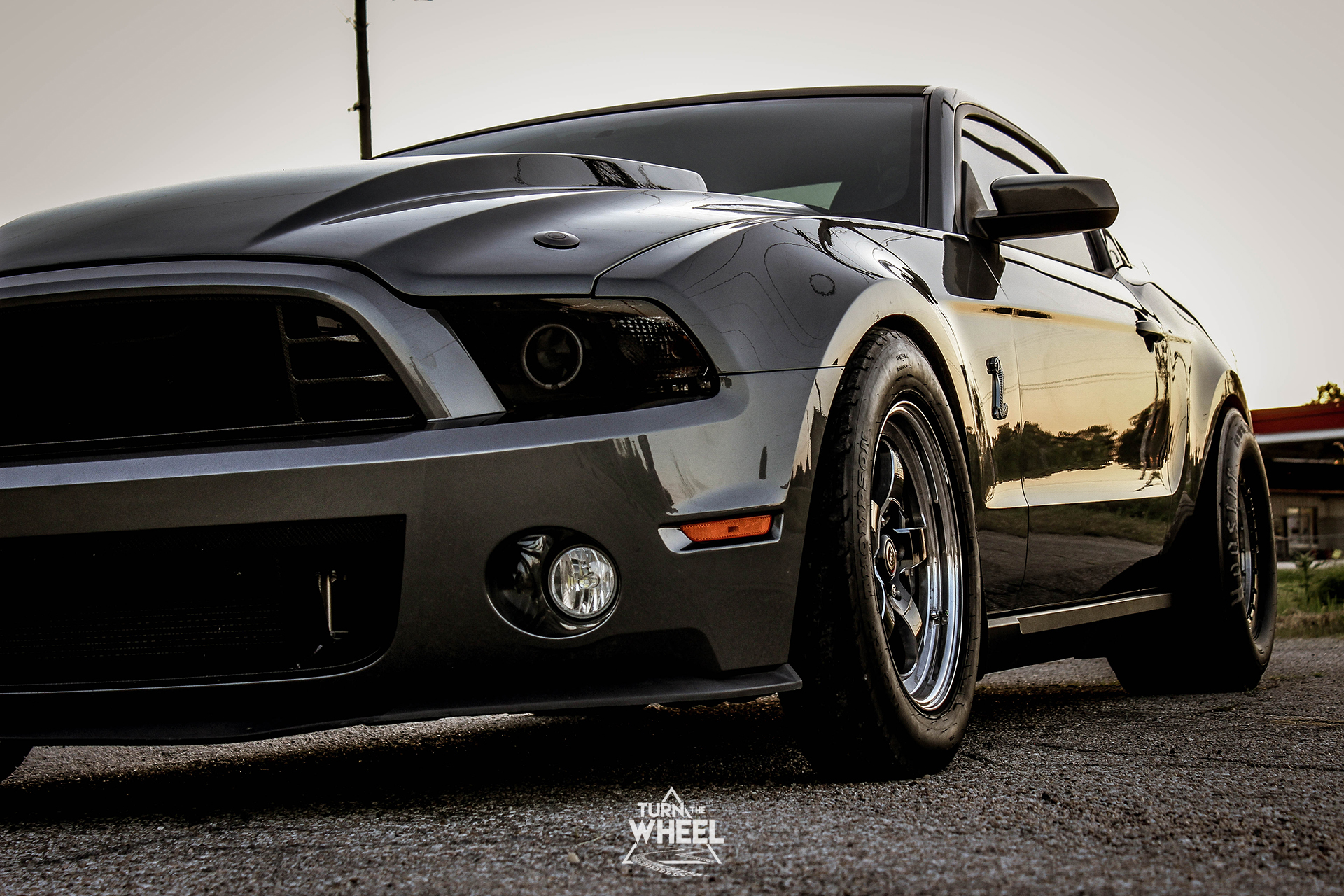 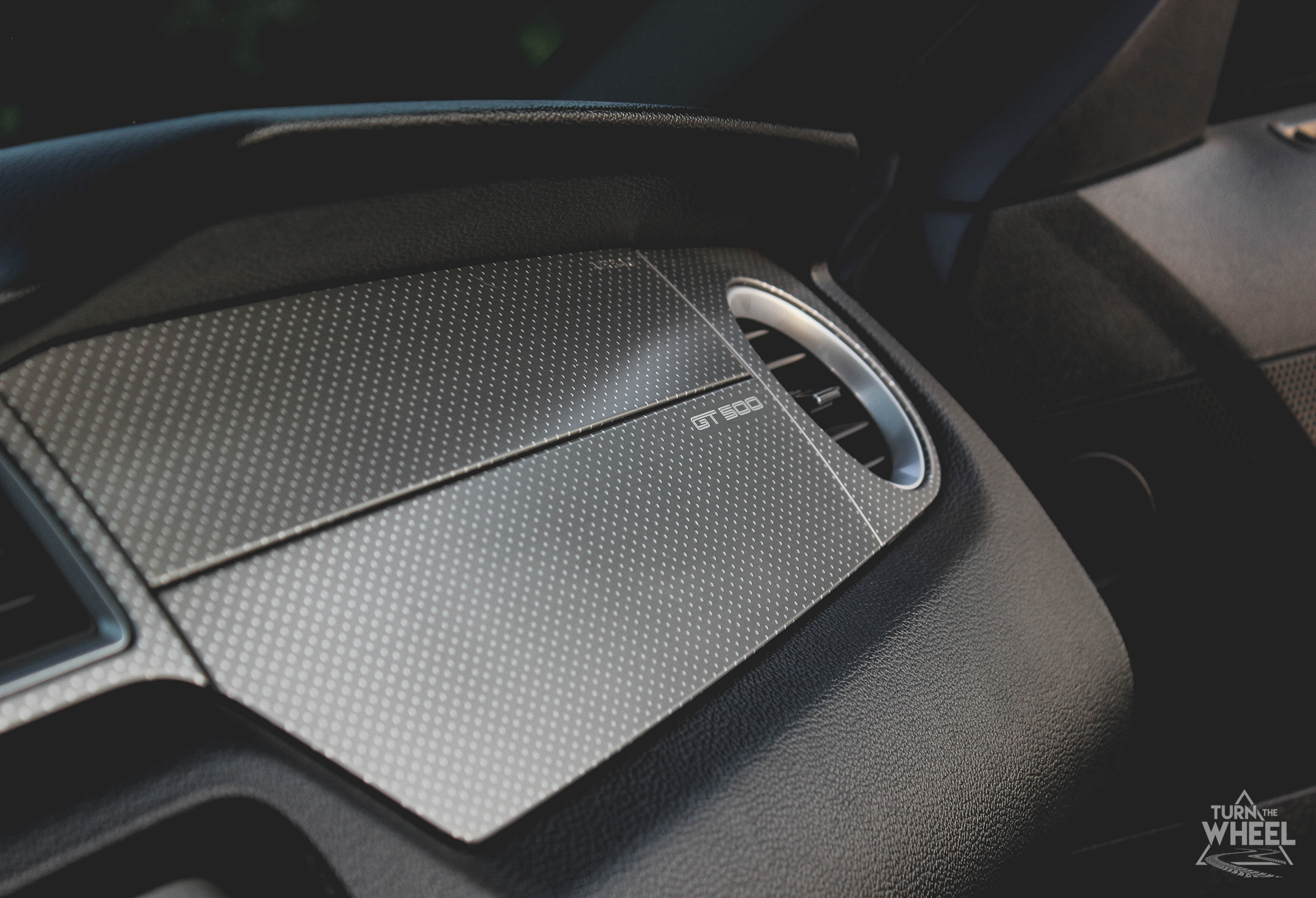 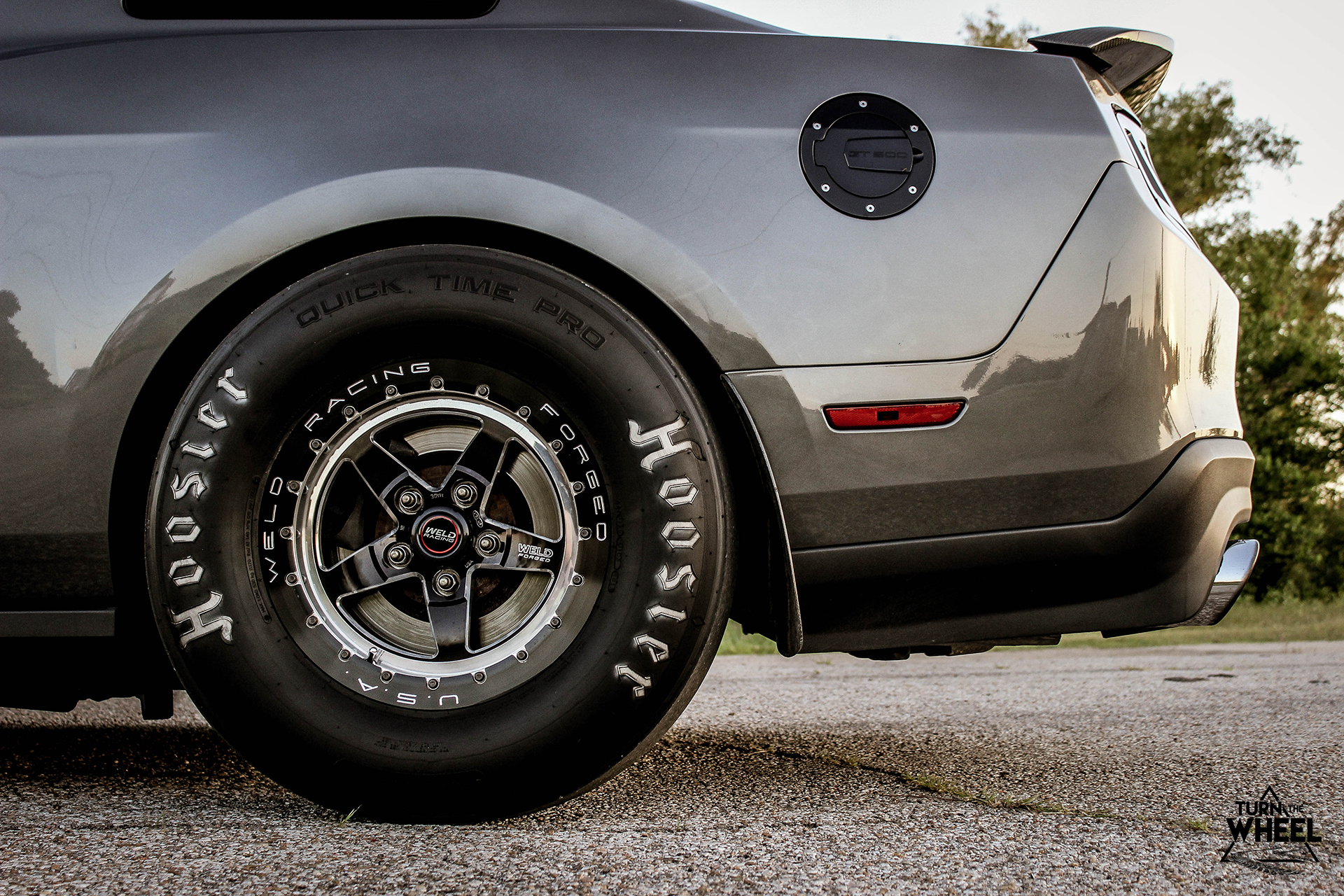 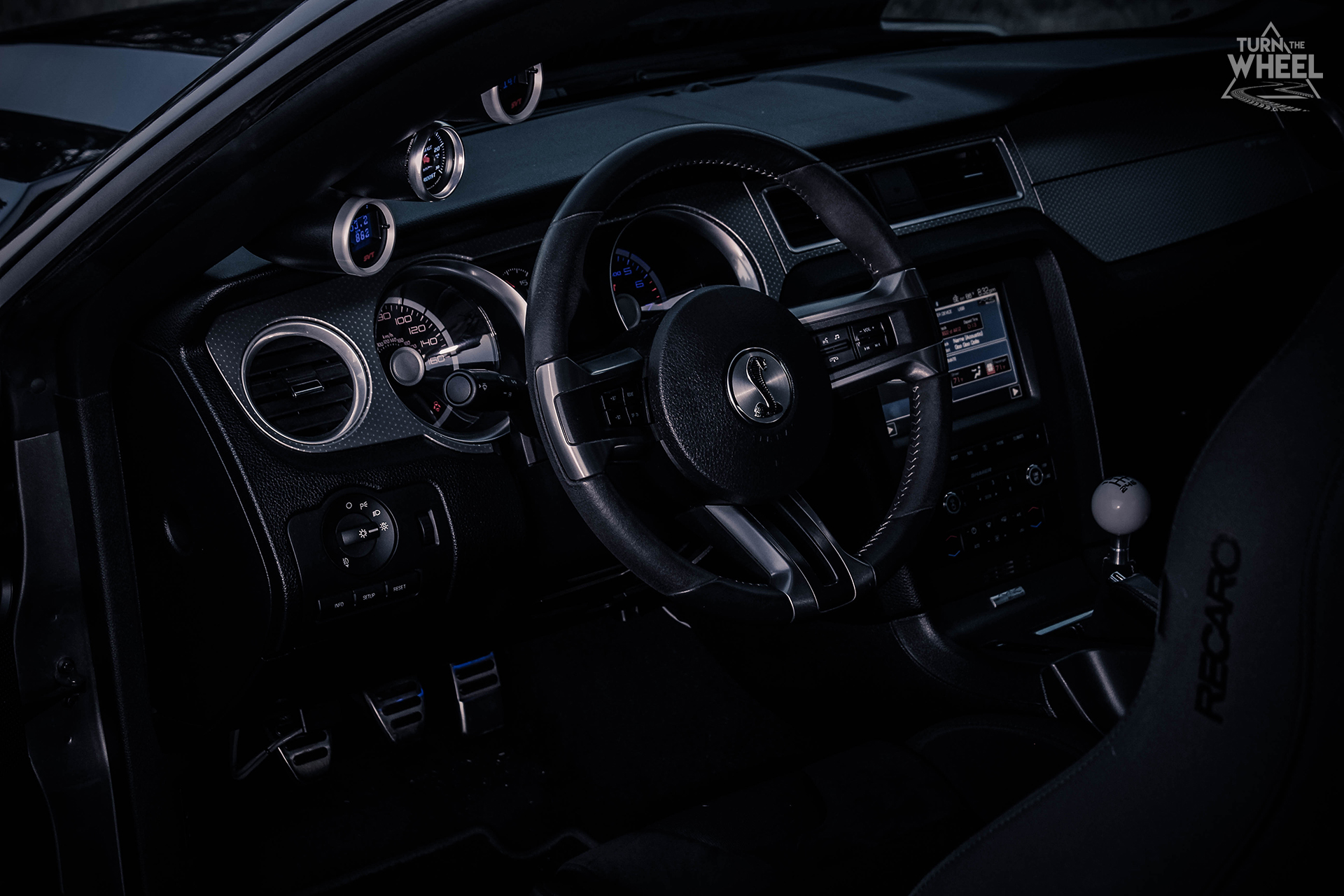 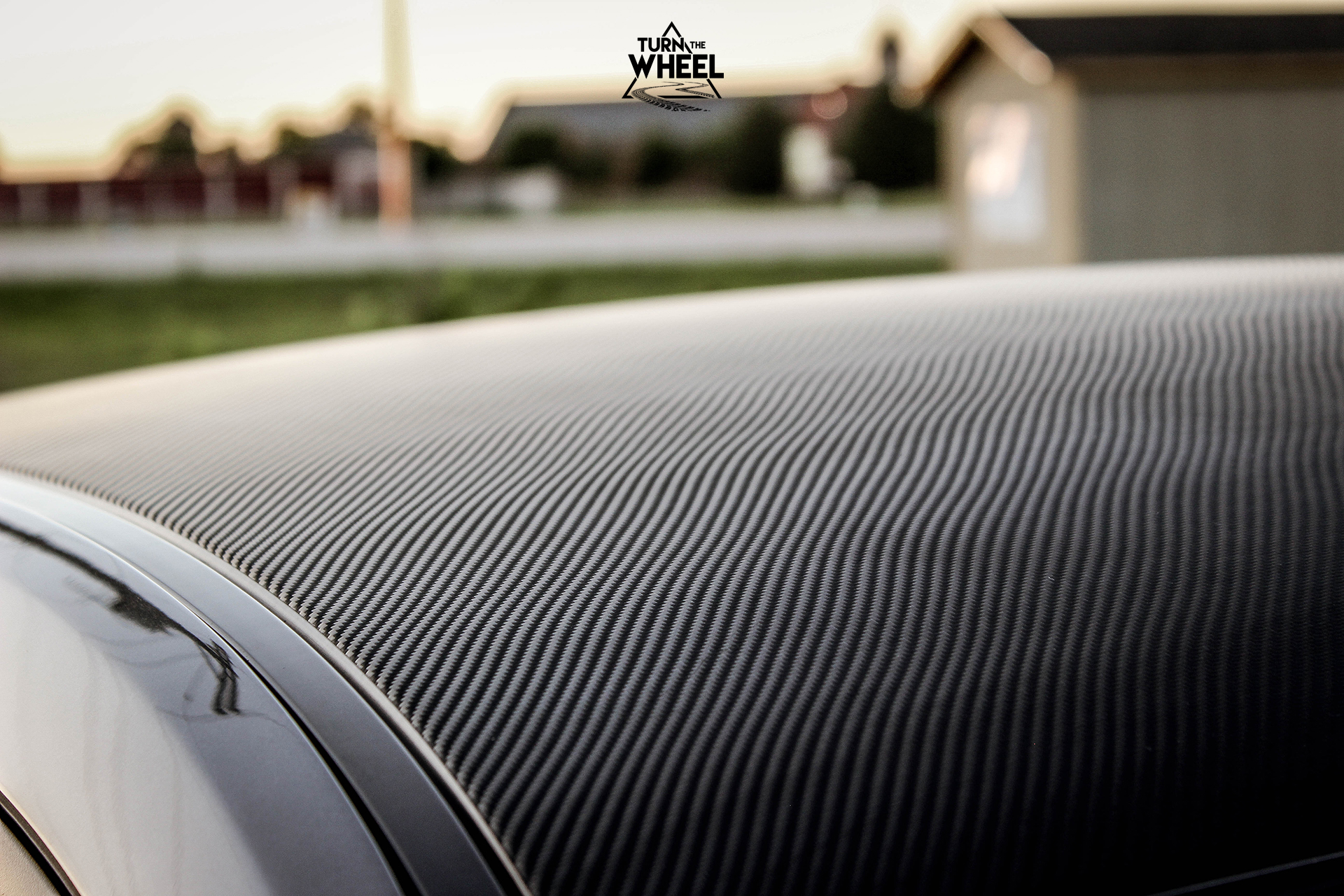 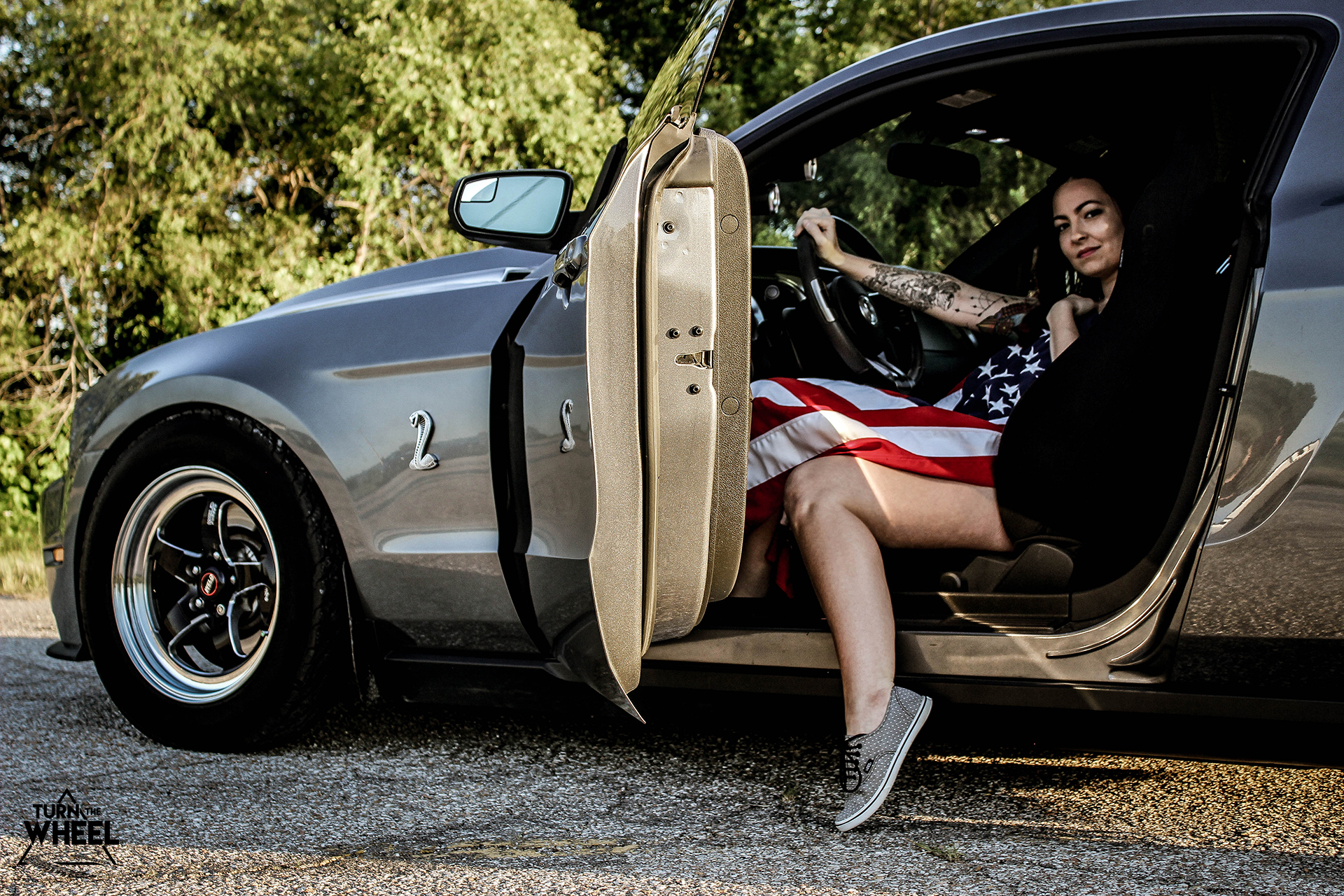 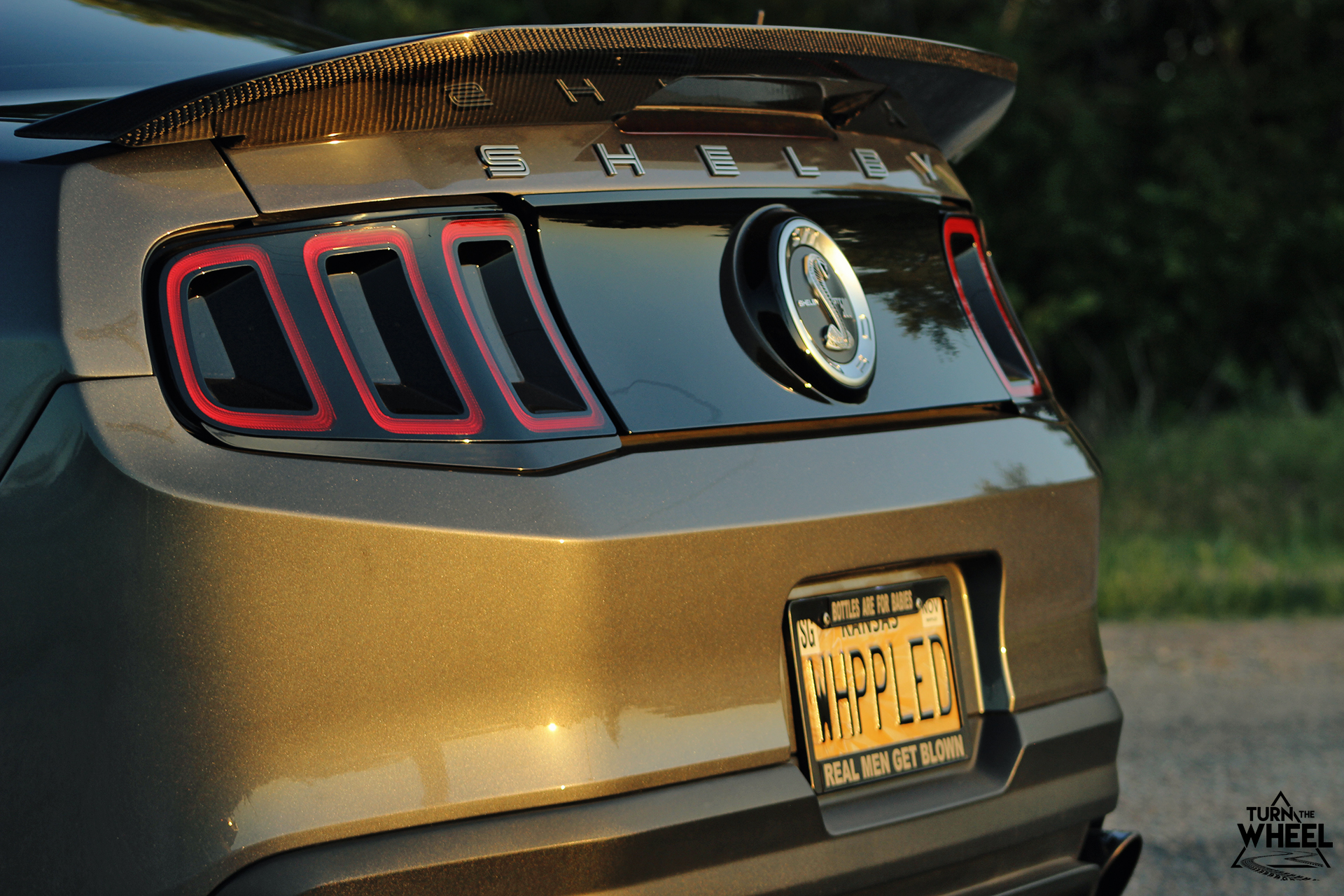 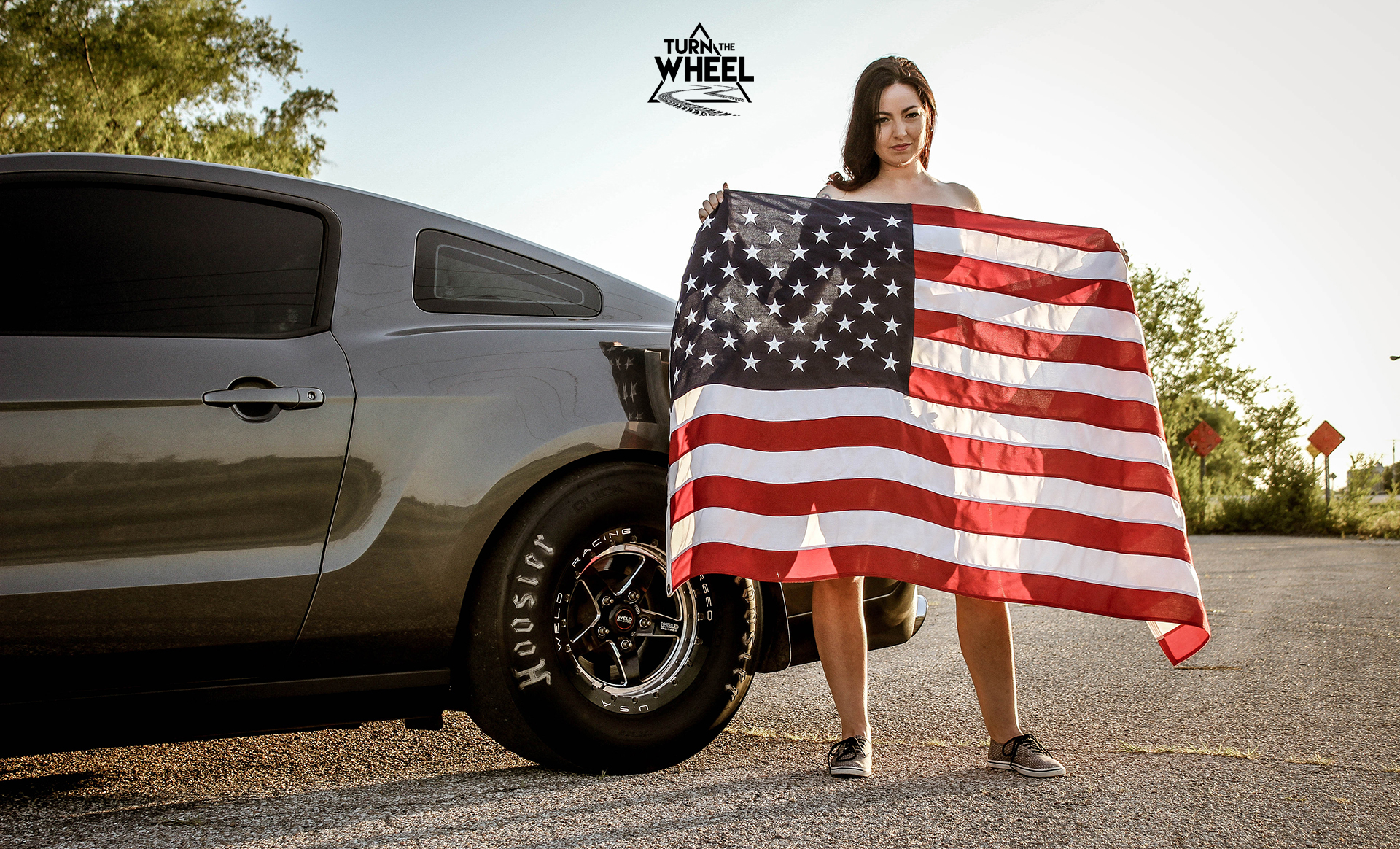 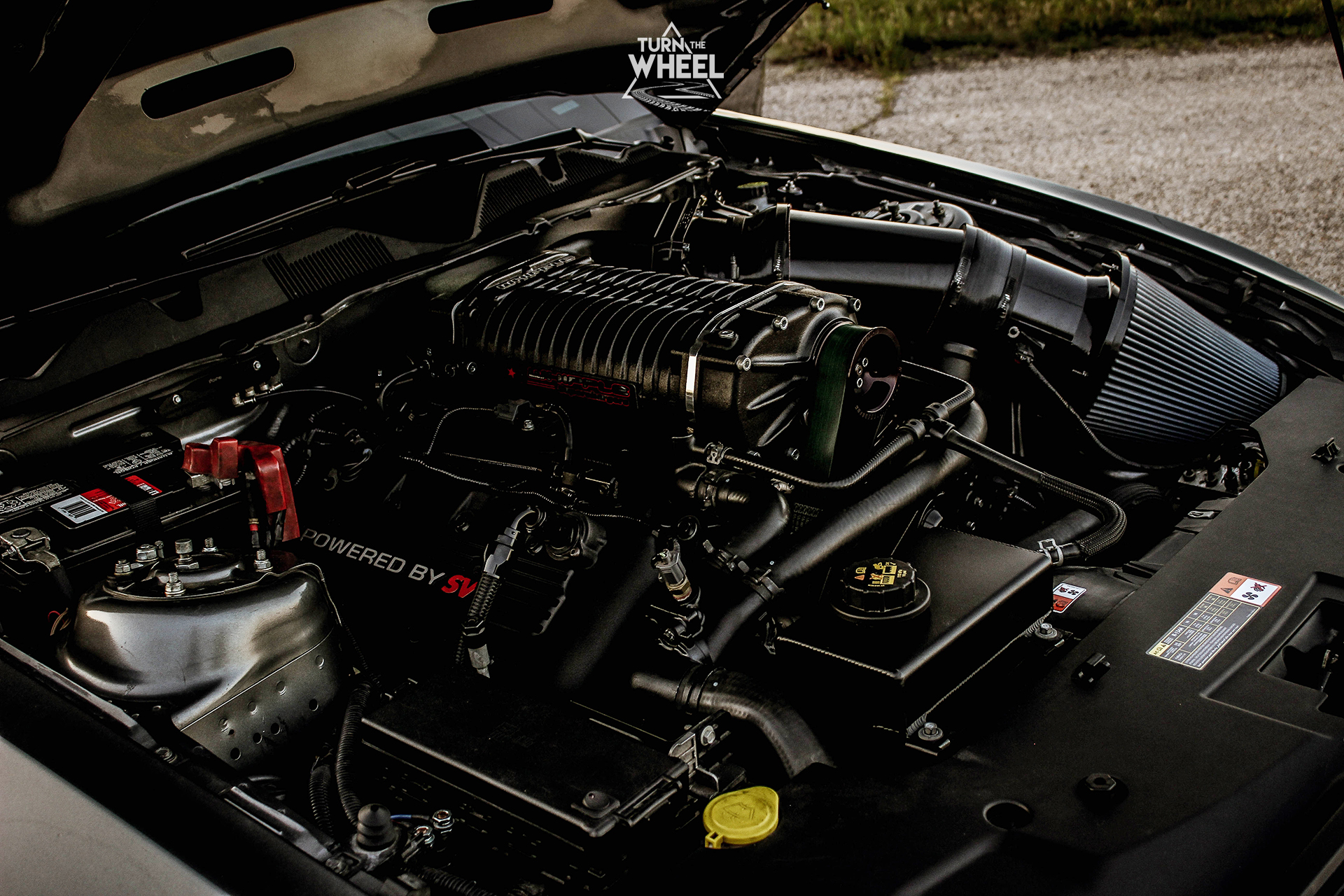 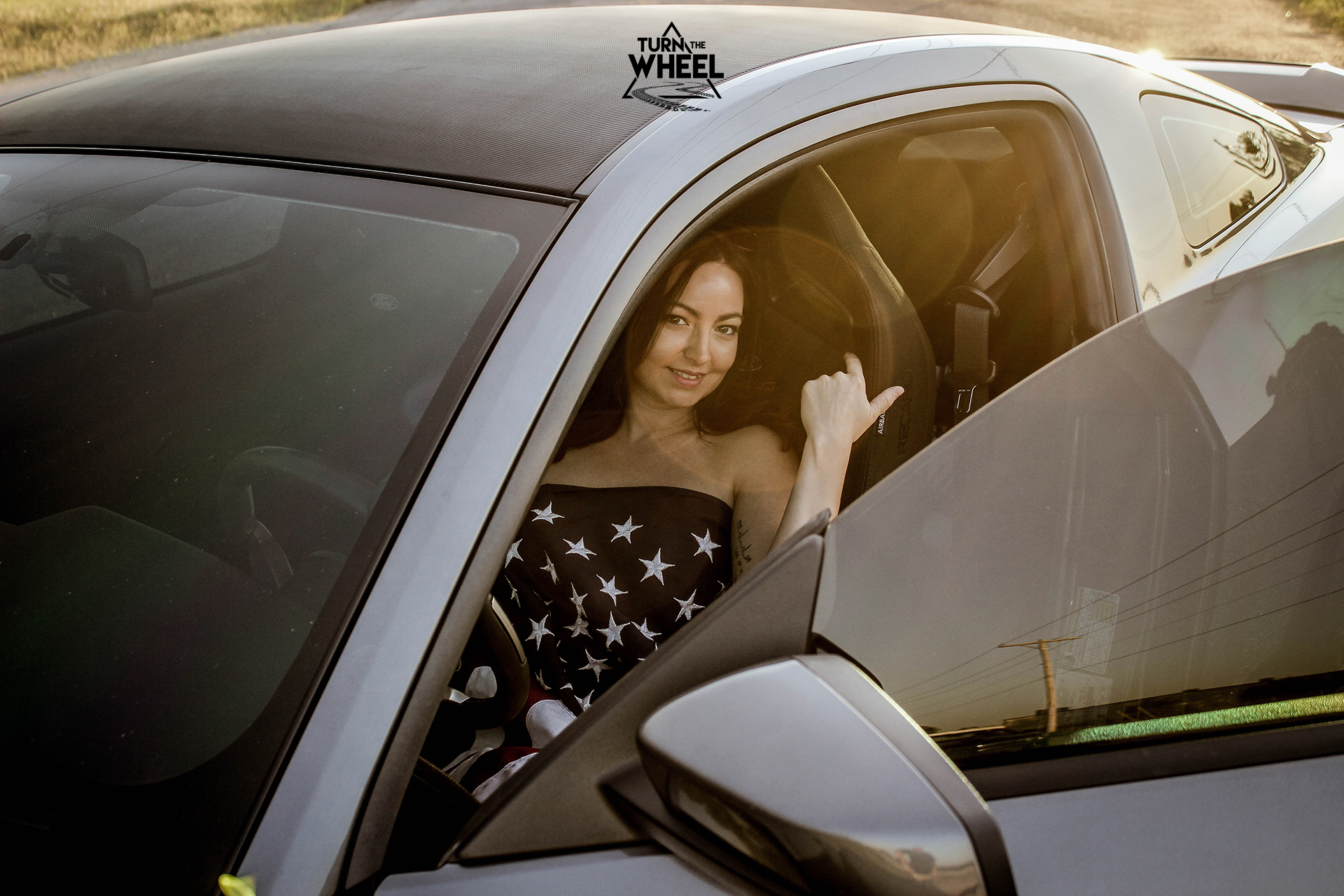 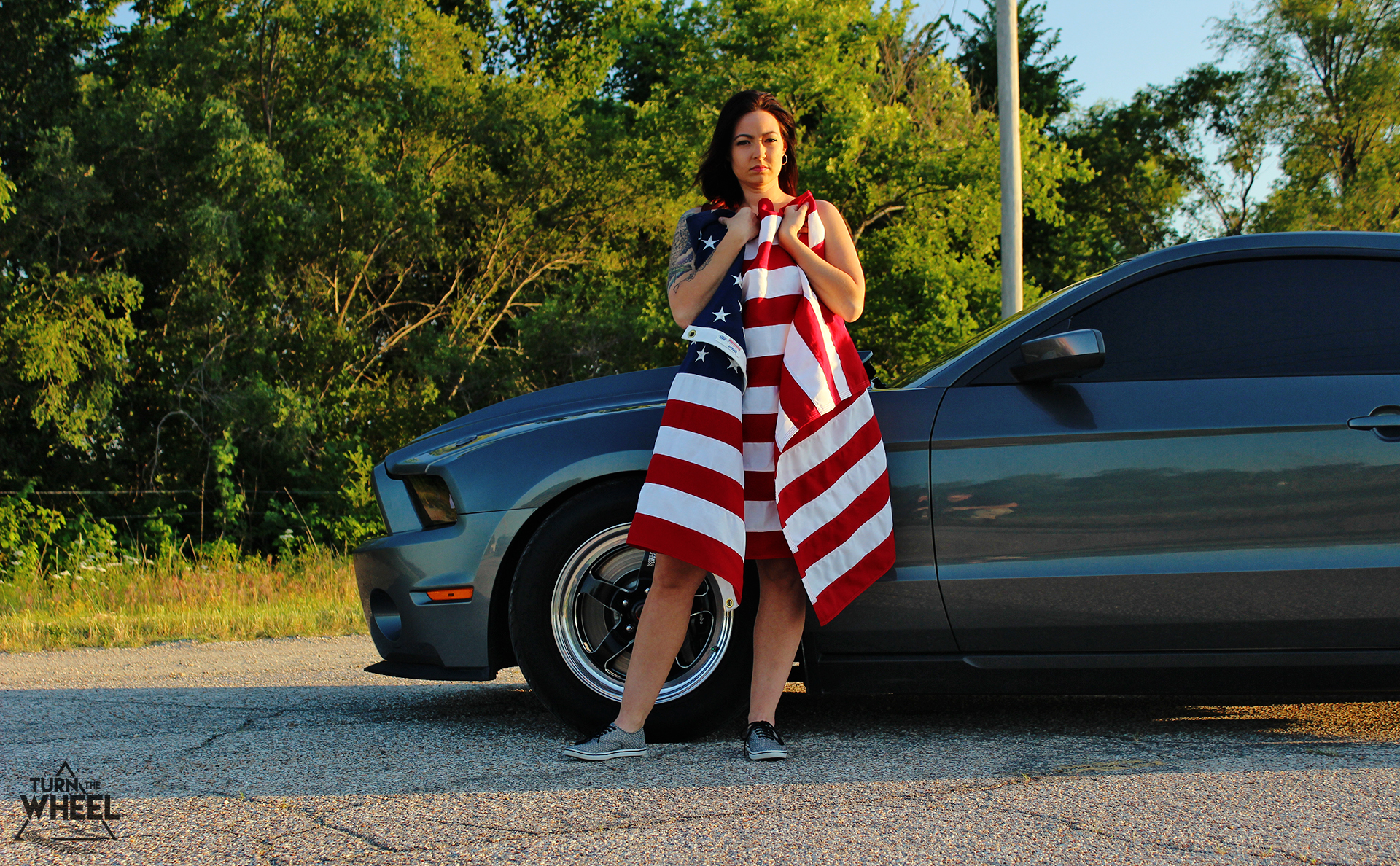 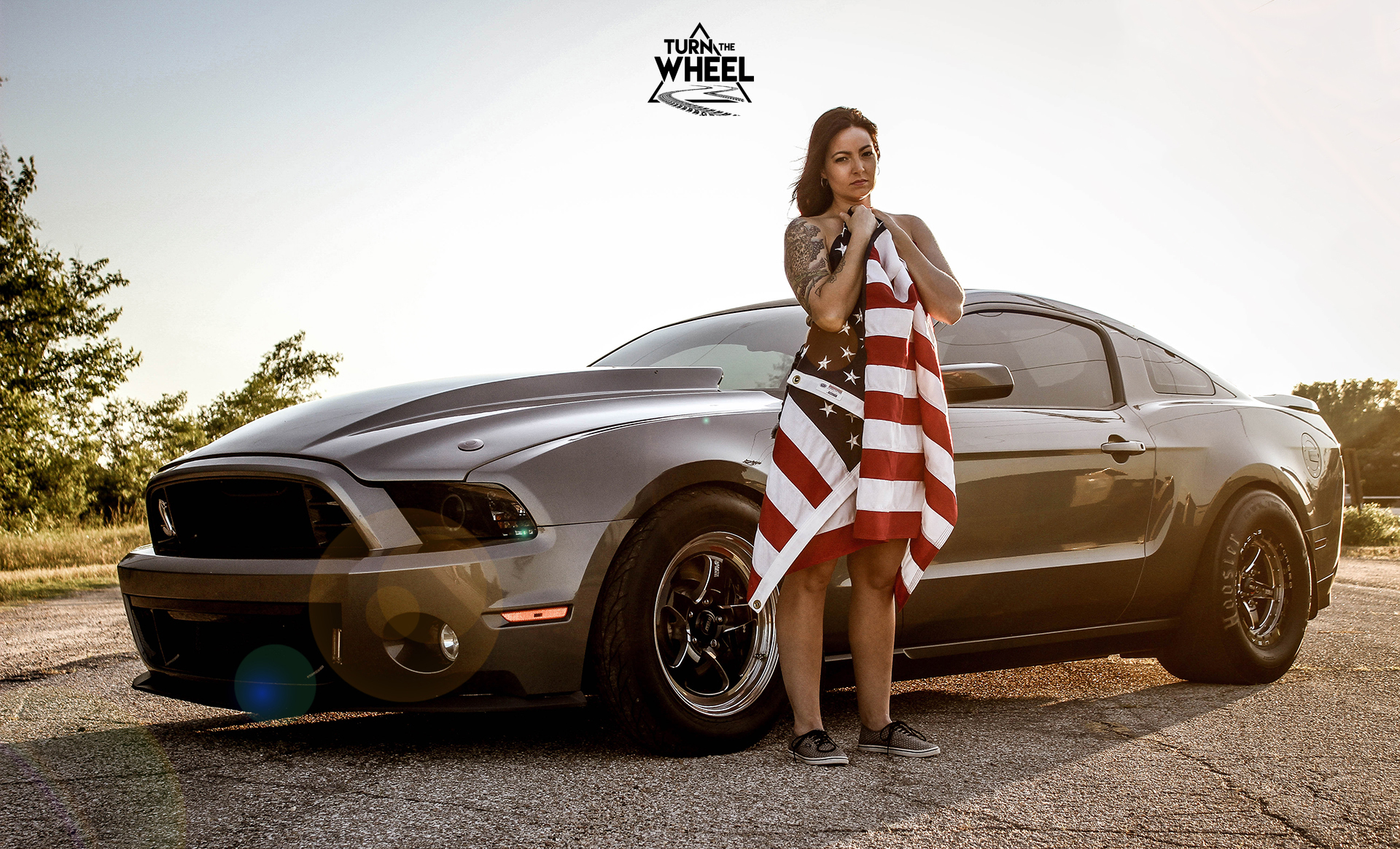 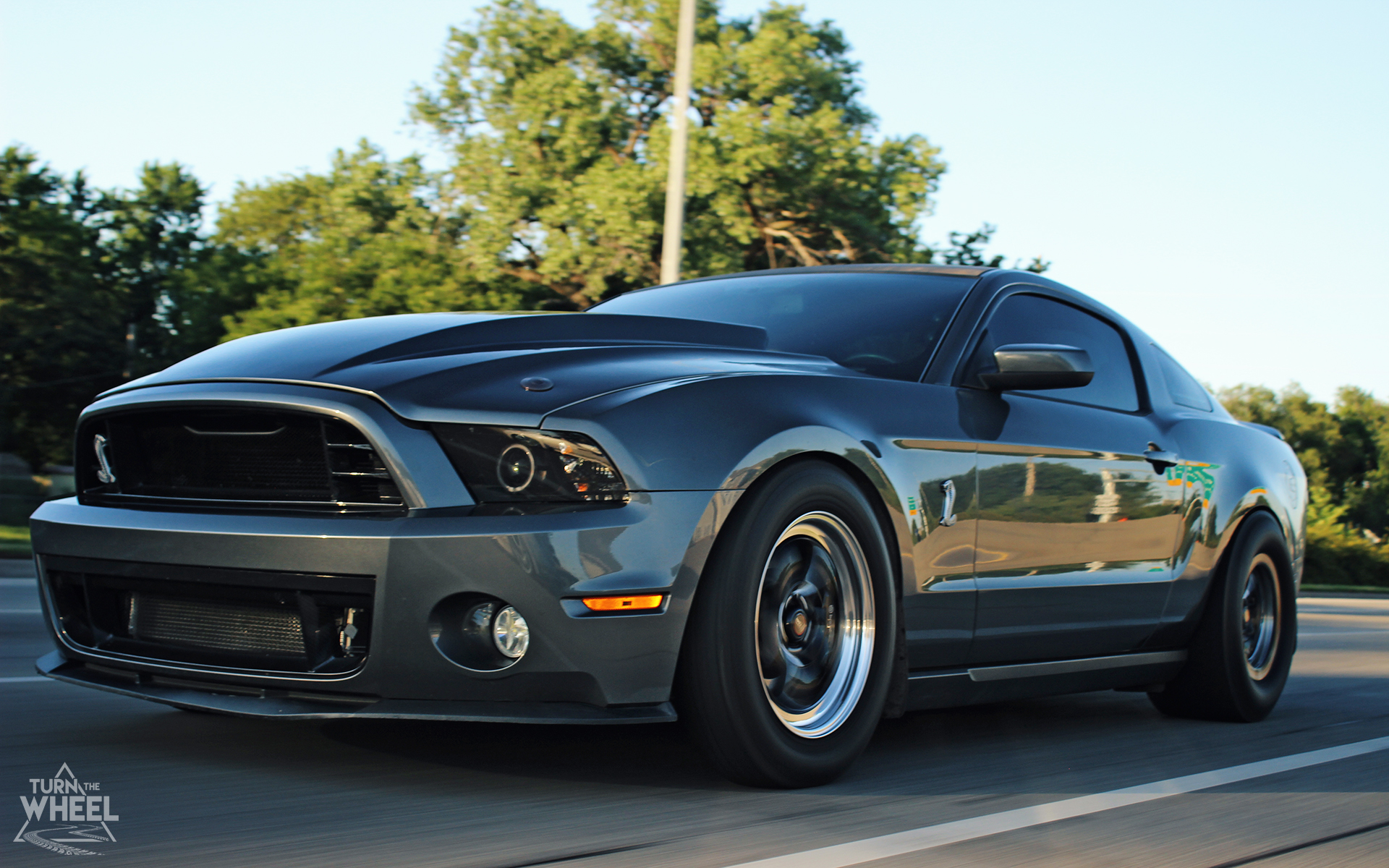 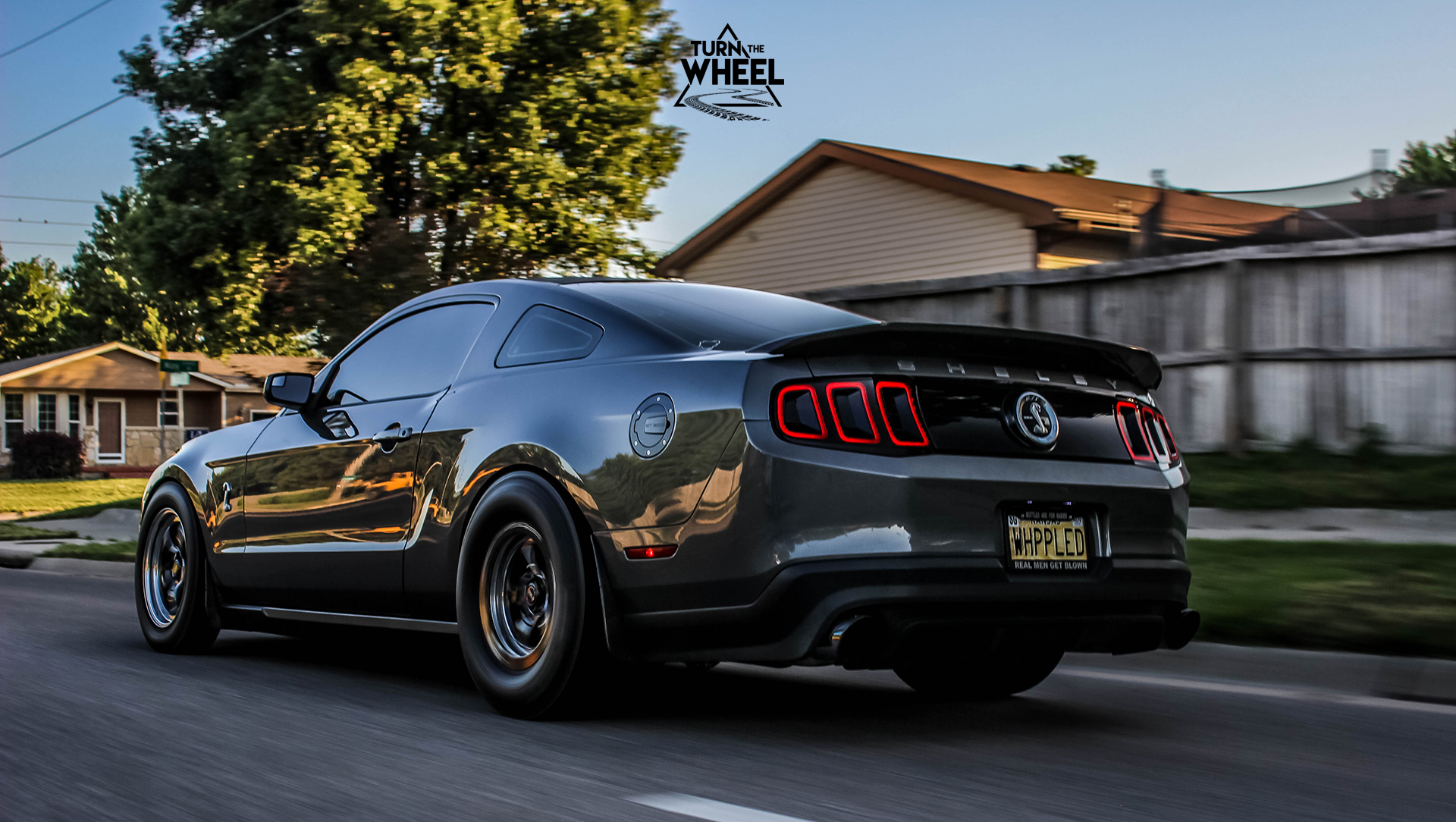 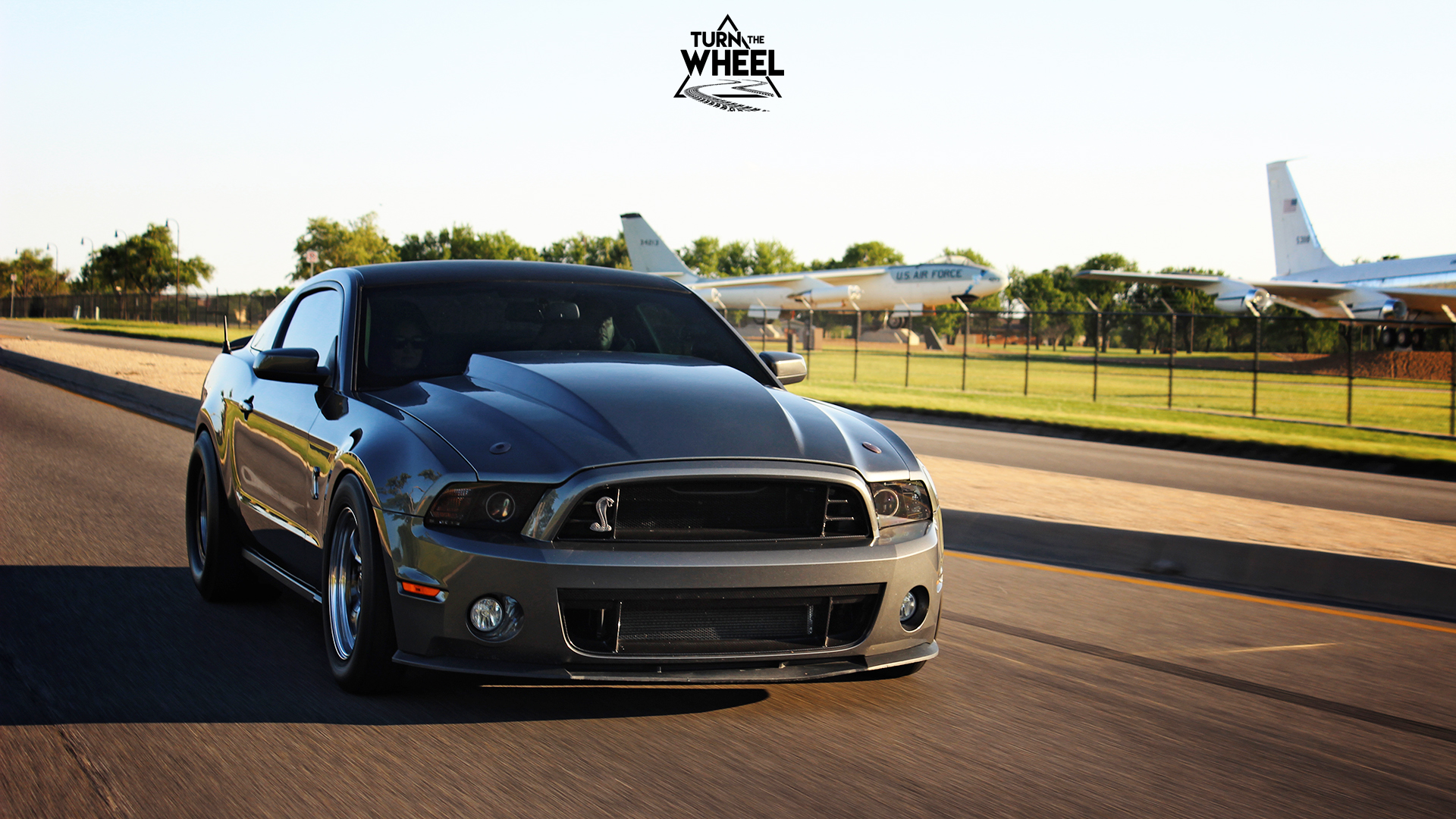 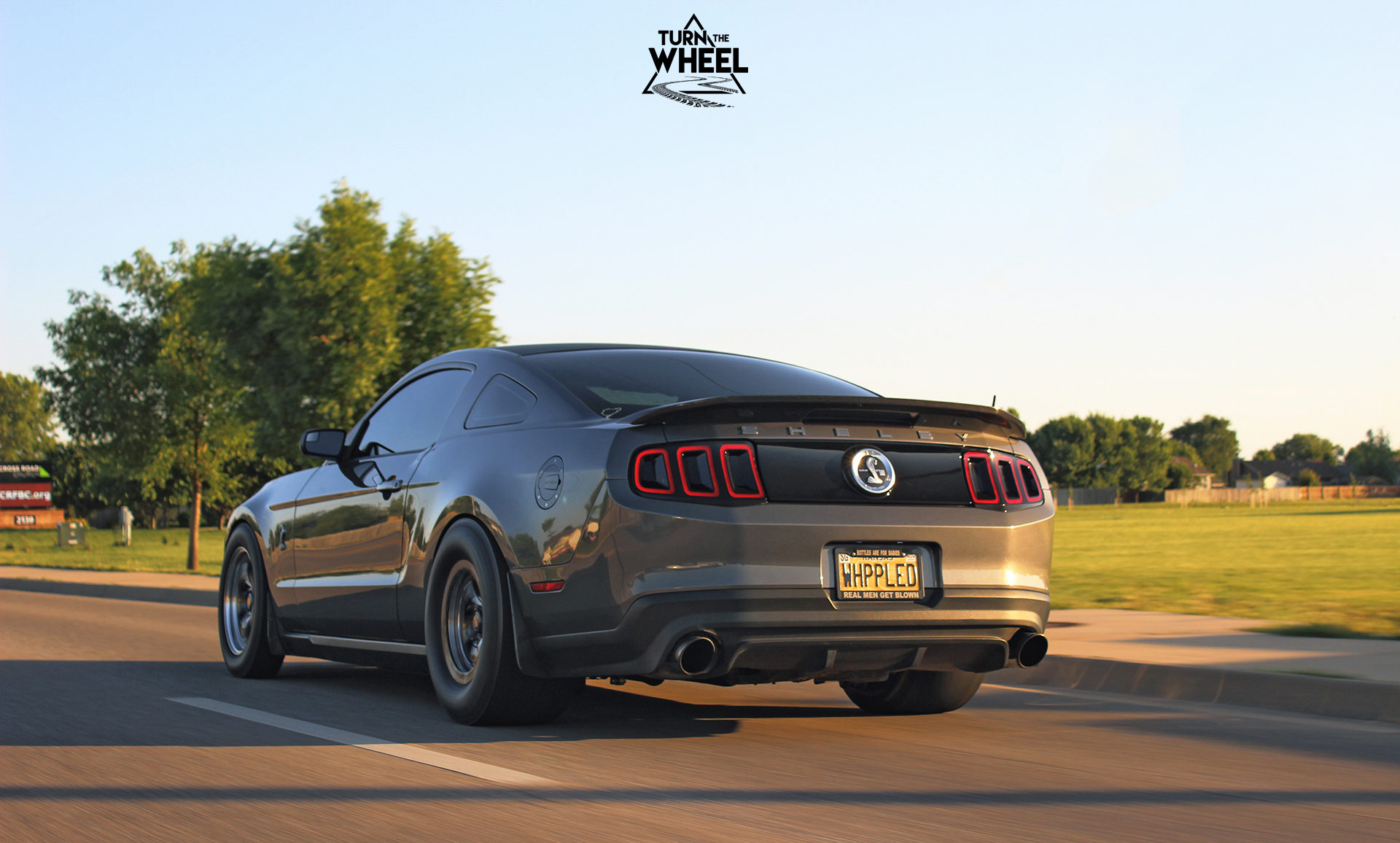 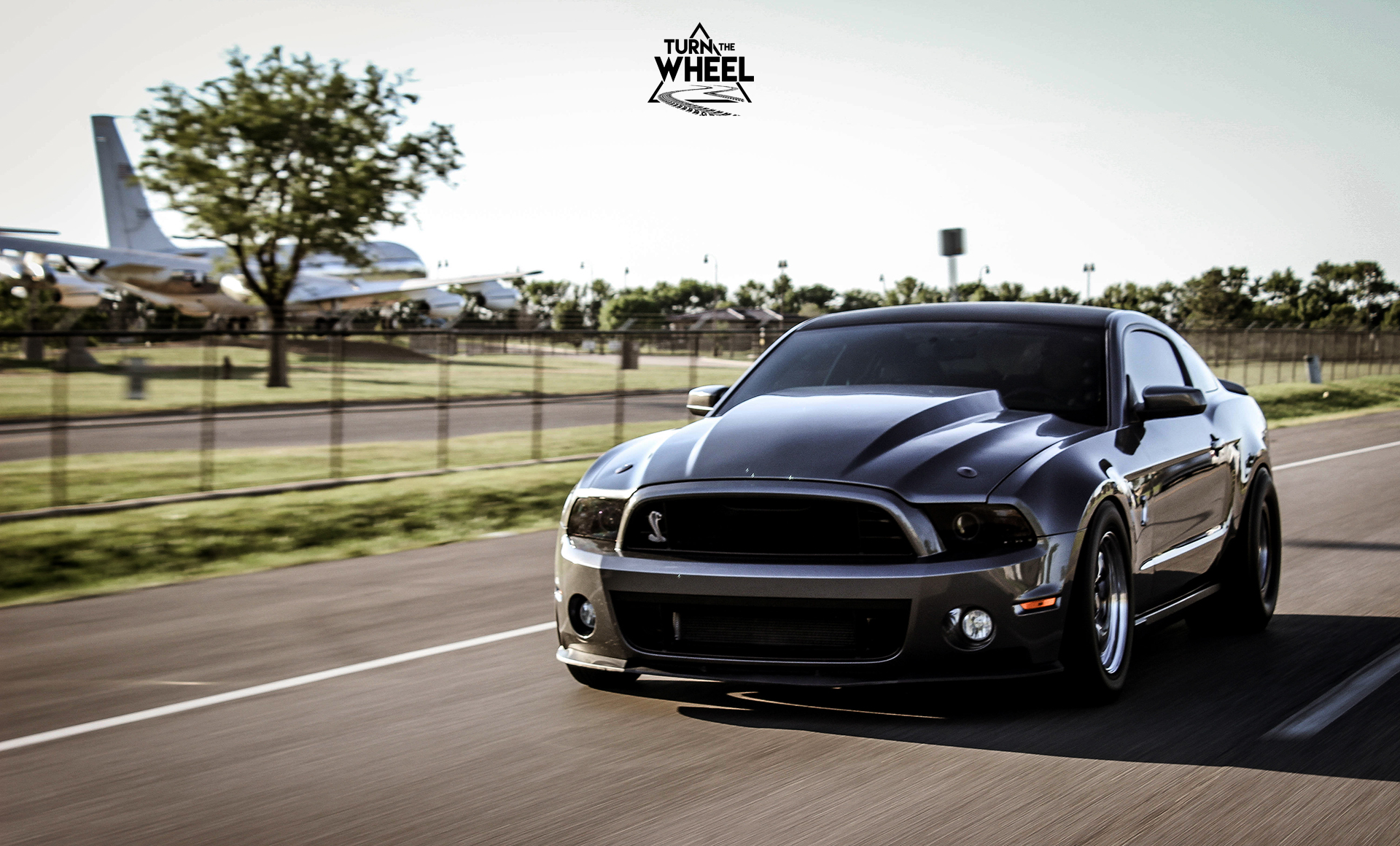 He has a presence which can’t be ignored.

Either from his outgoing personality or from the sound of the exhaust on his 2011 Shelby GT500.  Loud enough to make any hybrid vehicle driver curl up into a ball and cry in fear, even at idle. Pushing the throttle down unleashes the bald eagle-like screech of the massive 4.0-liter twin-screw supercharger that would make any true-blooded American grin from ear to ear.

Often answering the question of “Is that your real last name?”, “Couldn’t you have picked Chris TVS, or Chris Vortech”, and some even going as far as fact checking his driver’s license.

His favorite encounter yet was a random one at that. "With a name like that you should own a Mustang", “I do”, “One with a Whipple supercharger”, “I do”,

While being Stationed at the time in Ramstein, Germany because of his air force enlistment, Chris already had a Hemi Challenger imported from the states to keep him company. It was then in 2011 that a local German friend of his made him an offer he could not refuse on the Challenger, which he admits, was way more than the car was worth. It was because of this that he now had the means to track down a dream car of his, a brand new-off-the-lot, stripe delete GT500. Ironically enough he would later get orders to move to an air force base just a short road trip away from the Overland Park, KS. dealership the car was originally purchased from.

He had the sight-unseen Shelby shipped to a port in Germany and began making the 6-hour drive back to Ramstein on the infamous Autobahn. Driving such a car, on such a road, is what most can only dream of, especially for your first ever drive of a new car. This opportunity led to the discovery of the vehicles 160mph computer limited governor and additionally adding his first kill under the cars belt, a poor little Porsche Fahrvergnügen that just couldn’t cut the mustard. When in Germany, Do as the German’s do, right? Just a month later the car had a cold air intake, a different pair of mufflers and a quick tune-up just so he could now achieve a ridiculous 183mph to try out on the Autobahn.

In its first year of ownership, the car managed to knock down around 15 laps of the glorious Nürburgring. He even found himself in a little trouble when he drag raced an unmarked Polizei car. “Denim Dan wasn’t very happy and promptly gave me a $300 ticket, along with a 90-day license suspension” Luckily for him, he was Ordered to the United States before living out the entire suspension.

...he could now achieve a ridiculous 183mph

Chris then picked the car up in 2012 at a shipping port in Maryland, road tripped it all the way to his hometown in California and then back to Kansas to continue his work in the air force. It was then he decided to take the car to a higher level, one that would meet all his power goals.

Replacing the supercharger with a 2.9 liter Whipple, bigger throttle body, and supporting injectors. He was at the point to where he was finally happy with the car. Of course, that only lasted a year, because there is a good chance if you’re reading this, we all know about the sickness that grabs ahold of us all, the one that makes sure our bank accounts are always depleted, funding the next big performance part on our wish list.

This addiction grabbed a hold of Chris

He picked up a second job and started his spiraling out of control with parts hoarding. Once getting things in order, the parts accumulated were a bigger job to put together than he wanted to personally take on. This is where Chris’ long, tough journey began that would break any average mortal man.

The car was dropped off at a performance shop in Colorado and after slightly less than a year it had to be evicted due to, as he puts nicely, “creative differences”.

The Shelby then got moved to a shop in San Antonio, TX to continue the work although, after 5 months, no real work had been done and again, needed to be removed from their care.

All the while this was going on, different parts of the engine were coming and going all over the United States, each to their respectable performance specialists for the engine building, and intake and head porting.

The car then arrived at Y2 Performance near Dallas, TX where their efforts made short work of the inherited basket case, in a literal bucket-of-bolts state of being. He had finally found a shop that took their business seriously. Y2 Performance put the car back in one piece getting all the odds and ends together, building an insane fuel system, and finally getting the car running and tuned.

Finally, a monster had emerged,

The stock block had been sleeved while also shoe-horning in a 3.7” piston as well as using a billet crankshaft to help hold everything in one piece. Cylinder head work, huge cams, and a massive 4.0 liter Whipple supercharger now put this combo over the 1000 horsepower range. Backing up this behemoth is a Liberty built T56 Magnum XL with “everything but face-plating”, Chris says. Being an Air Force instructor, I can only imagine where his idea of having his own personal jet to get around town, came from.

After all this, not a month after getting the car back, Chris made a 600-mile round trip to and from Texas for air-force training. He said that luckily it was an uneventful trip besides one pesky tensioner pulley, which we were glad to hear especially after everything he had been through.

Chris says the car's future holds some rework of the engine management, weight reduction, as well as fine tuning in the cosmetics department. He urges that that research is key if you are going to go down a similar build road, there are so many options out there flooding the market, that you need to make sure everything will want to work in harmony with each other. He goes on to say that if you are going to have a shop do the work for you, make sure that their reputation holds more water than just what is portrayed on social media to avoid a lot of mental, as well as financial heartache.

Chris said this journey could not have been made possible without the support of his girlfriend, Amanda helping push him through the constant set-backs and shop nightmares. Coming home after working 2 jobs, not to mention being emotionally exhausted, giving up was a constant thought, but as he smirked he said, "She just would not allow it". His final note is that it’s been a heck of a journey, but despite the good days and bad, he’s met a lot of friends because of this car hobby and that’s the biggest reward.